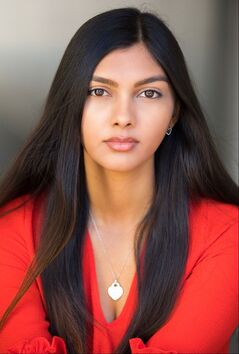 ​Brenna Marie Narayan is a member of the Screen Actor’s Guild and a working actress with representation in Los Angeles. Ms. Narayan has years of experience in film, stage, and commercial work. Brenna’s most recent credit is for playing the role of Cleopatra in Netflix’s, all star cast, big budget spectacular, “Red Notice.” Also an accomplished singer, songwriter and musician, Brenna is working on her debut album featuring her original music. What Brenna loves most about teaching young talent the craft of acting is guiding her students to explore their creativity in a safe and caring environment.
Ms. Narayan’s classes have a focus on instilling and reinforcing the basics of acting, auditioning, self confidence, and positive social interaction, and for the parent, Ms. Narayan will guide you on how to best navigate the business side of being a working actor.


​
*All of Brenna's professional resumes are available upon request, during the interview for admission process. 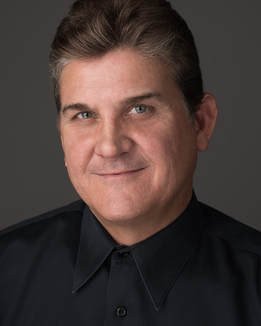 Dean Kreyling has been working in the creative arts for over 20 years. Be it as an actor, director, stage manager or any other role, Kreyling could play every part in a stage production -- if he had to. He brings a unique experience, filled with decades of practice in New York City and Los Angeles, to the Las Vegas area.

His directorial career started in 1997, when he directed the hit production, Savage in Limbo by John Patrick Shanley, at the Iron Triangle Theater in New York City. Since then, he has directed over 20 professional plays, appeared in dozens of theatre, film and television productions, and acted as a stage manager in many more!

Dean was also a student of and personal assistant to Milton Katselas for many years as well the resident production stage manager for Mr. Katselas’ esteemed acting school, The Beverly Hills Playhouse, while Dean also served as the resident production stage manager and director  for the Playhouses' theatre production company, Camelot Artists. Dean has extensive professional credits that span over all aspects of stage and film production; from union grip work to producing to everything in between. Dean has studied extensively with such greats as Milton Katselas, Richard Lawson, George DiCenzo, and Howard Deutch.

Dean has worked alongside Oscar winners, Emmy winners, and other highly respected actors of both stage and film. With all his combined experience, knowledge and passion, Dean Kreyling is ideally suited to not only teach you the craft of acting, but to teach you how to best navigate the business of acting. ​

*All of Dean's professional resumes are available upon request, during the interview for admission process.   ​
Sign Up To Attend Brenna's Class

Who is Milton Katselas?

Tap Into Our Knowledge